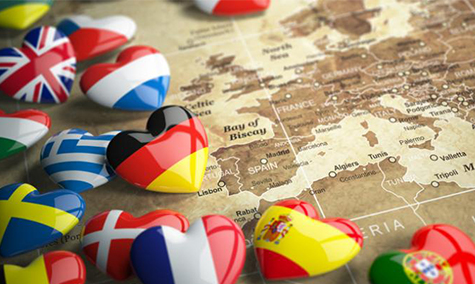 BOSTON, PARIS, 1 JULY 2016—MIT’s NEW Drug Development ParadIGmS (NEWDIGS) program announced today that EURORDIS-Rare Diseases Europe, the European Organisation for Rare Diseases, has joined its international effort to accelerate delivery of new, better, affordable therapeutics to patients faster. NEWDIGS brings together pharmaceutical and biotech companies, regulators, insurers, patient advocacy groups, and other healthcare stakeholders to design modern systems that connect scientific discovery to patient care.
“We are excited to welcome EURORDIS to the NEWDIGS community,” said Dr Gigi Hirsch, Executive Director of NEWDIGS and the MIT Center for Biomedical Innovation. “NEWDIGS is predicated on the principle that system-level changes in biomedical and healthcare innovation have to include and benefit all the parties involved. As the voice of the rare disease community in Europe, EURORDIS will bring a vital perspective on the opportunities for medical innovation that will benefit millions of people living with a rare disease.”
Access to innovative, efficient, and safe medical products is one of the major concerns of the rare disease patient community. Complicated relationships, and often competing motivations from various healthcare stakeholders (patients, providers, and payers) can delay or even prevent access to therapies, so there a need for system-wide innovation. Collaborating with other NEWDIGS members, EURORDIS will help develop recommendations for new decision-making processes among all parties in the system.
Yann Le Cam, Chief Executive Officer of EURORDIS, commented, “EURORDIS, through its strategic positioning among key European stakeholders and with a strong member base of patient organisations, will bring valuable expertise and experience to the NEWDIGS consortium. We played a pioneering role in engaging patients at all levels in the processes of the European Medicines Agency (EMA). EURORDIS supports and represents the patient community in EMA scientific committees (such as the Committee for Orphan Medicinal Products), brings the patient perspective to benefit/ risk assessment at the Committee for Medicinal Products for Human Use, and was the frontline patient advocate for adaptive licensing in the EU. We also promoted the concept of early scientific advice for HTA at a European level and supported its first pilots.”
Since 2008, EURORDIS has been working to promote Clinical Added Value of Orphan Medicinal Products (CAVOMP), an initiative which called for alignment and a seamless process between the EMA, HTA bodies and payers. CAVOMP also focused on the importance of the continuum of evidence generation in the medicinal product life cycle and has been a forum to move towards Medicines Adaptive Pathways to Patients (MAPPs). MAPPs, which emerged from a NEWDIGS working group, have been crystallised in the Innovative Medicines Initiative project ADAPT SMART and in the EMA’s PRIME Scheme.
“As new science makes better medicine and even cures for disease possible, we have to develop sensible mechanisms to bring them to patients,” added Dr Hirsch. “In results-oriented teamwork with our other members, which include international leaders in research, development, insurance, regulation, and advocacy, EURORDIS will help to design a system that works for everyone in the service of patients everywhere.”
Press contacts
MIT NEWDIGS
Deborah Young
Operations Director
debyoung@mit.edu
617-324-7756
EURORDIS
Eva Bearryman
Communications Manager, EURORDIS
eva.bearryman@eurordis.org
+33 1 56 53 52 61
About MIT NEWDIGS
MIT NEW Drug Development ParadIGmS (NEWDIGS) is an international “think and do tank” dedicated to helping biomedical innovation benefit all healthcare stakeholders faster and reliably. NEWDIGS designs, evaluates, and initiates advancements that are too complex and cross-cutting to be addressed by a single organization or market sector. Its members include global leaders in research, development, insurance, regulation, and patient advocacy. For more information, visit http://newdigs.mit.edu.
EURORDIS-Rare Diseases Europe
EURORDIS-Rare Diseases Europe, the European Organisation for Rare Diseases, is a non-governmental patient-driven alliance of patient organisations representing over 700 rare disease patient organisations in 63 countries. EURORDIS represents the voice of an estimated 30 million people living with a rare disease in Europe. Follow @eurordis or see the EURORDIS Facebook page. For more information, visit www.www.eurordis.org.
Rare Diseases
The European Union considers a disease as rare when it affects fewer than 1 in 2,000 citizens. Over 6000 different rare diseases have been identified to date, affecting over 60 million people in Europe and the USA alone. Due to the low prevalence of each disease, medical expertise is rare, knowledge is scarce, care offering inadequate and research limited. Despite their great overall number, rare disease patients are the orphans of health systems, often denied diagnosis, treatment and the benefits of research.