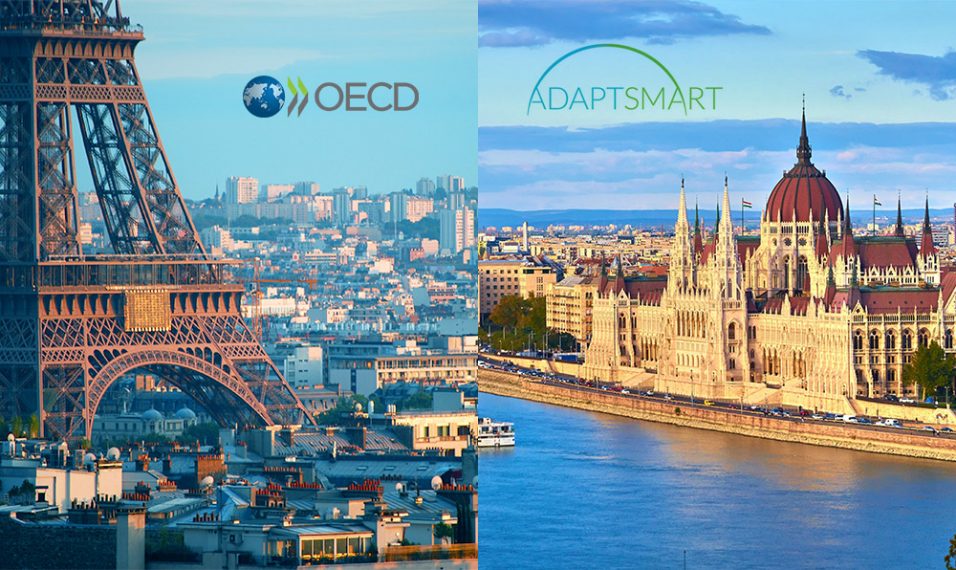 Casey Quinn and R. John Glasspool speak at the OECD Expert Panel on Pharmaceuticals and Medical Devices
The Organization for Economic Cooperation and Development (OECD) established in January of this year, the Expert Group on Pharmaceuticals and Medical Devices. This is an expert panel under the Health Committee of the OECD Council, that occurs alongside other expert groups and working parties.
At a meeting of the panel in Paris on 26-27th March, Glasspool and Quinn presented the FoCUS project, sharing the challenges facing the US and the NEWDIGS approach, and explored how it could be translated to the OECD as a whole or to individual countries. Their discussion was well-received, and attendees believed FoCUS was at the forefront of creative thinking and proactive exploration of understanding and seeking to solve the problems of financing curative/durable therapies.
“The discussion amongst the delegates in the expert group shed a lot of light on how other countries have and have not been seeking to take on the financing challenges,” Quinn said. “However, being a market-based healthcare system, we saw a few areas, such as the pure administrative burden of dealing with purchasing cell and gene therapies and making them accessible to patents, where FoCUS was very much ahead of other countries.”
Mark Trusheim and other NEWDIGS participants speak at ADAPT SMART
On 21-22 March, ADAPT SMART held its closing meeting at the Hungarian Academy of Sciences in Budapest, highlighting the program’s achievements and next steps for delivery after the project’s conclusion. For thirty-three months, ADAPT SMART had been focused on developing new processes for the implementation of Medicines Adaptive Pathways to Patients (MAPPs). Mark Trusheim (NEWDIGS Strategic Director) and Hans Georg Eichler (EMA) spoke at the meeting.
Trusheim, along with Ariel Stern, Assistant Professor at Harvard Business School, led an interactive session to run a theoretical MAPPs pathway for a beta thalassemia drug candidate. Throughout the session, they polled meeting members on questions to determine points of alignment or disagreement among stakeholders.
Later in the day, Trusheim stressed that products demonstrating only minor impact won’t be able to cross important hurdles. Furthermore, he added, “This isn’t a single magic moment. In MAPPs we have an iterative development plan…the first license occurs in the context of an entire iterative series of evidence generation. We’re still only focusing on one magic entry point for approval.”
Read the full event report
Pancreatic Cancer Action Network (PanCAN) announces first adaptive clinical trial platform for pancreatic cancer patients, Mark Trusheim addresses meeting
PanCAN’s adaptive clinical trial platform, Precision Promise, will launch in the second half of 2018. The Precision Promise Leadership and Clinical Trial Consortium (CTC) meeting in San Francisco in February brought together Precision Promise committee members, the principal investigators from the CTC sites, and industry partners to discuss the progress and status of the initiative. Mark Trusheim was invited to give a special presentation at the meeting.
“Precision Promise brings never-before-seen scale and speed to pancreatic cancer therapeutic development to help deliver on PanCAN’s goal to improve patient outcomes,” stated Trusheim. “And it goes beyond that; Precision Promise is a model that can be used for other diseases, too.”
Read the full event report